Cultures all over the world have generated incredible types of headwear. For example, the Beret hat, Cowboy hat, Greek Fisherman’s cap, Baseball Cap, Fedora Hat, The Turban, and many others. But one of the most famous craft designs is the traditional and humble Panama Hat, also named “Jipijapa” or “Toquilla“ straw hat. It was manufactured more than 400 years ago in Ecuador, and not in Panama as the name suggests. So, before getting into more details, let’s go over a little background, facts, and history.

During the sixteenth century, the Spanish conquistadors arrived in the provinces of Guayas and Manabi on the Ecuadorian Coast. They observed that the natives covered their heads from the strong sun with a kind of hat that covered their ears and neck. It was very similar to the headgear worn by nuns or widows. Given the similarity, the Spaniards named these hats “toques” because the straw used for its confection was called “toquilla straw” at that time. Later, in the twentieth century, it had its main role in one of the most important constructions of recent times, the Panama Canal. 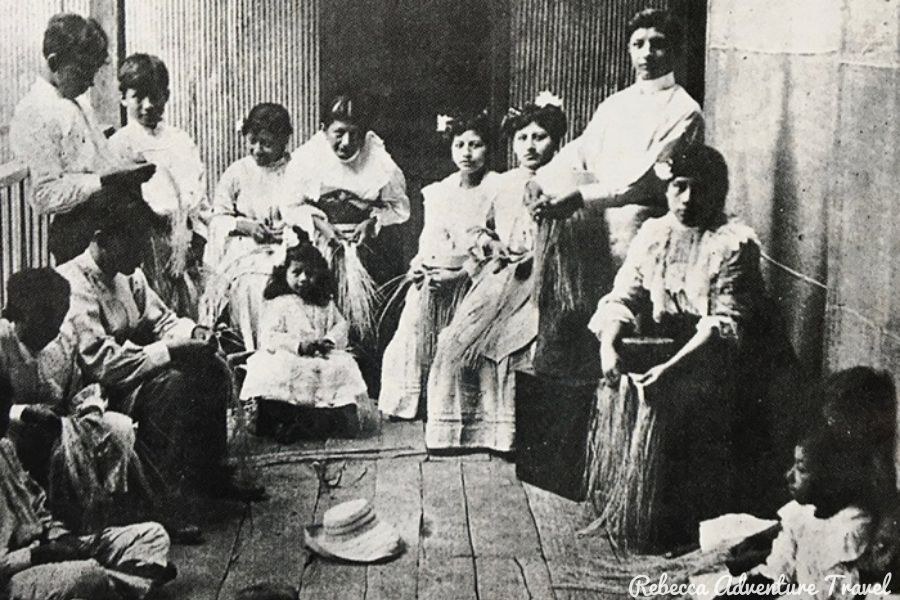 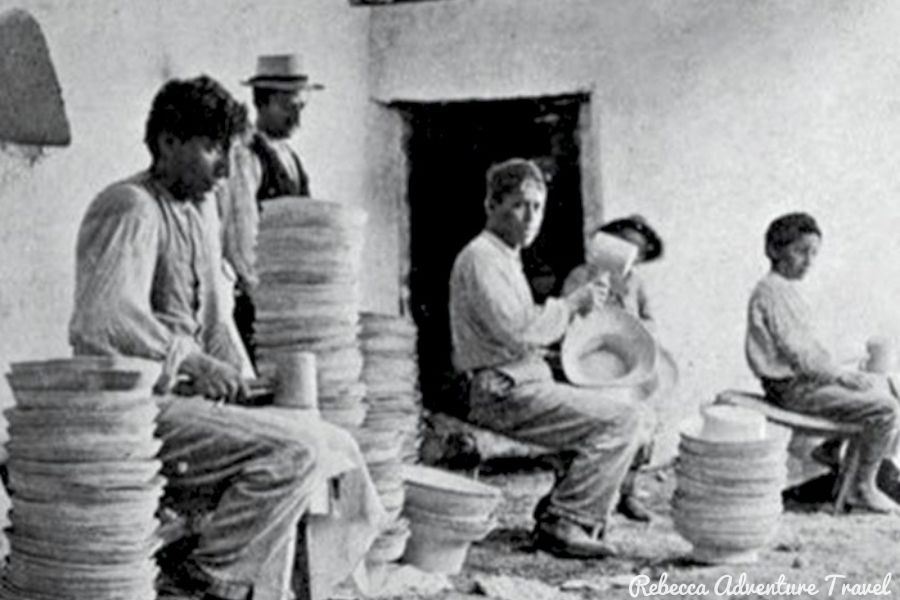 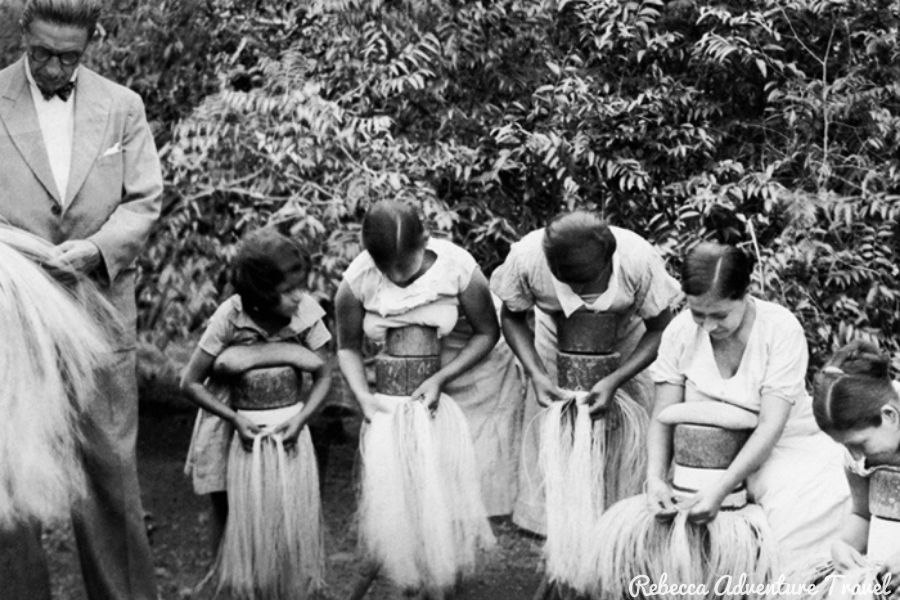 So, why did this simple and humble hat become so important in the middle of the Panama Canal construction? Well, since it was accomplished with the help of the government of the United States, they decided to import more than 50,000 hats from Ecuador for the workers because they suffered great dehydration due to the intensity of the heat. After the canal was finished, President Theodore Roosevelt appeared in a photograph wearing the Panama Hat next to all the workers of the construction. Some people think it was this president that gave the name to the Hat, but there are also other theories of why it was called “Panama”. For example, another version states that Napoleon III called the hat “Chapeau Panama” because it was the country for his ship’s embarkation. 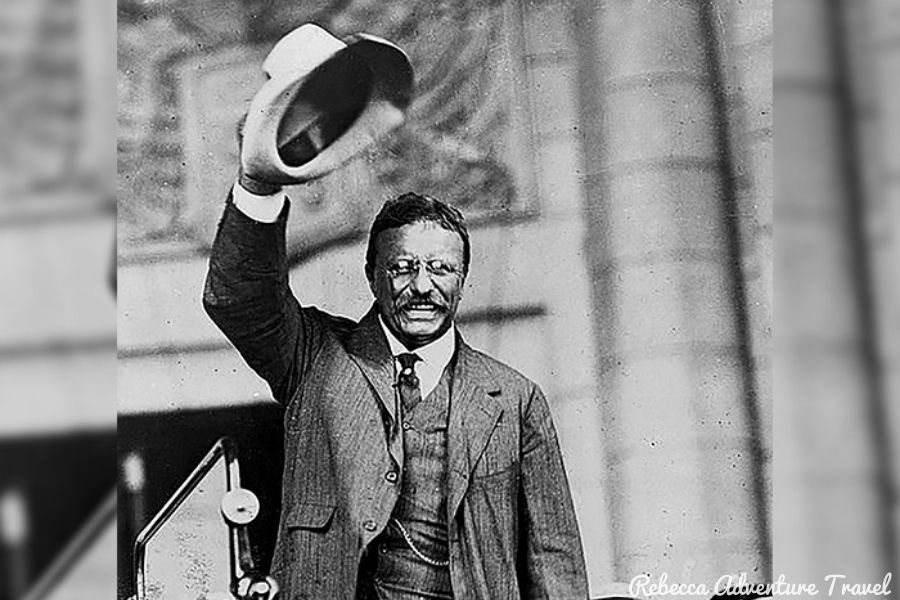 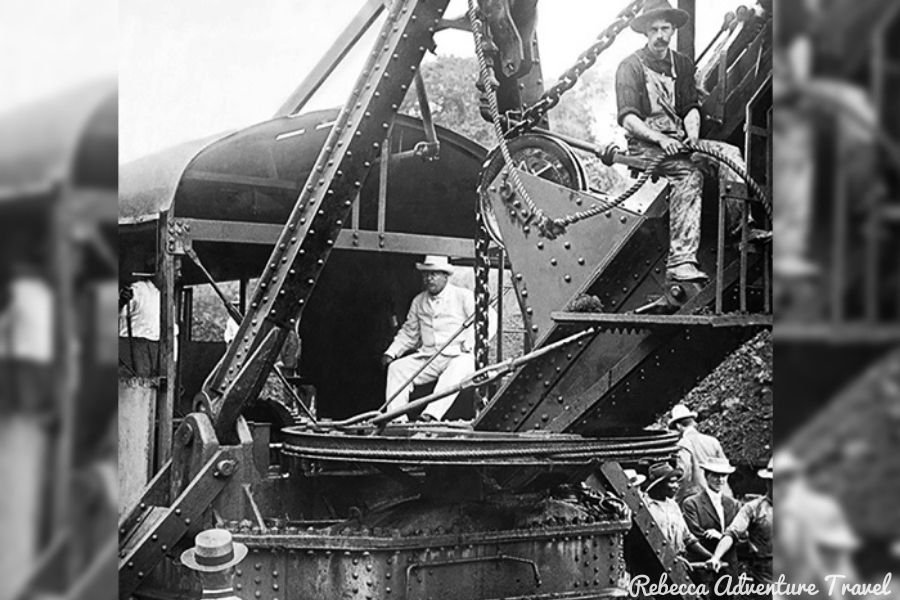 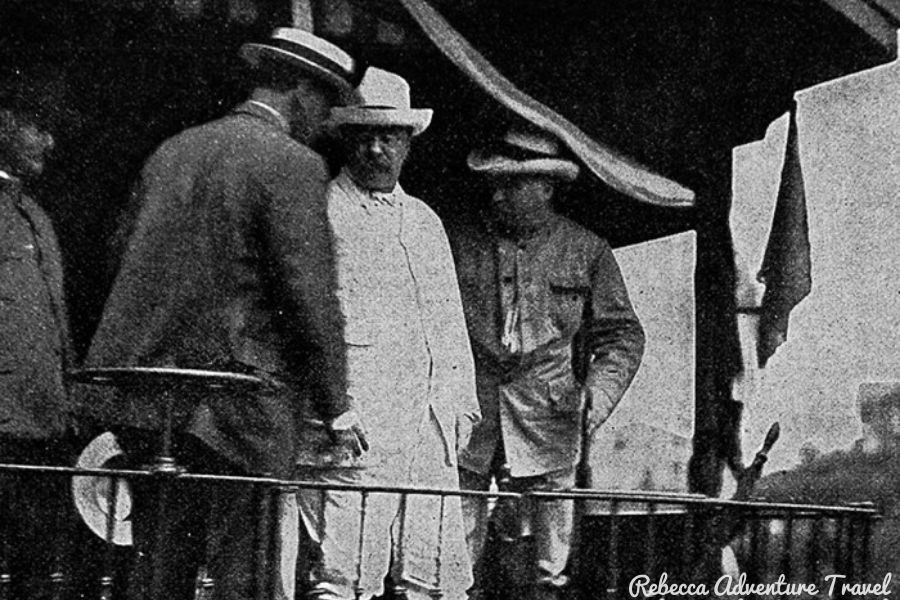 There are different stories and anecdotes, but no one knows for certain which one is true. The origin of the name of this humble hat is still a mystery. However, the absolute truth is that it originates in Ecuador, from a small town in the province of Manabi called Pile. It is the birthplace of the straw hat, with a population of about 1,000 inhabitants, and located 10 minutes from the Pacific Ocean. Nowadays, there are three main provinces where this hat is made, Manabí, Azuay, and Cañar.

How is the Panama Hat made?

A genuine Panama Hat should never be described as simply a straw hat. It is in fact, a very unique hat. Skillfully handwoven in Ecuador for several days or even months. The process begins with the farming of “cogollos”, from the Paja Toquilla or “Carludovica Palmata”. It is a palm tree that grows in the coastal regions of Ecuador. The long stiff, green spikes of the palm that the weaver needs are collected. These are left to mature, so the weaver can open the stem later, allowing them to see the spreads of the palm leaves. 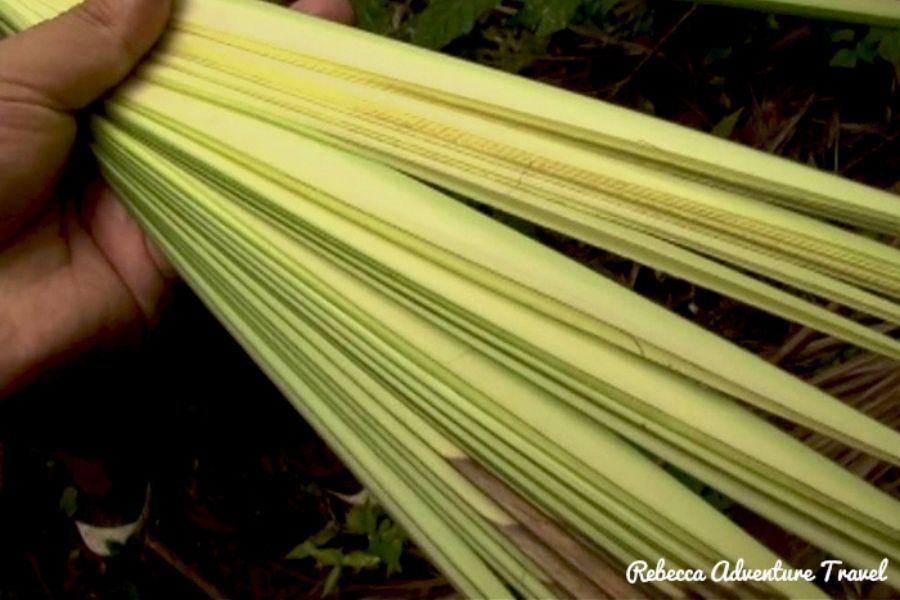 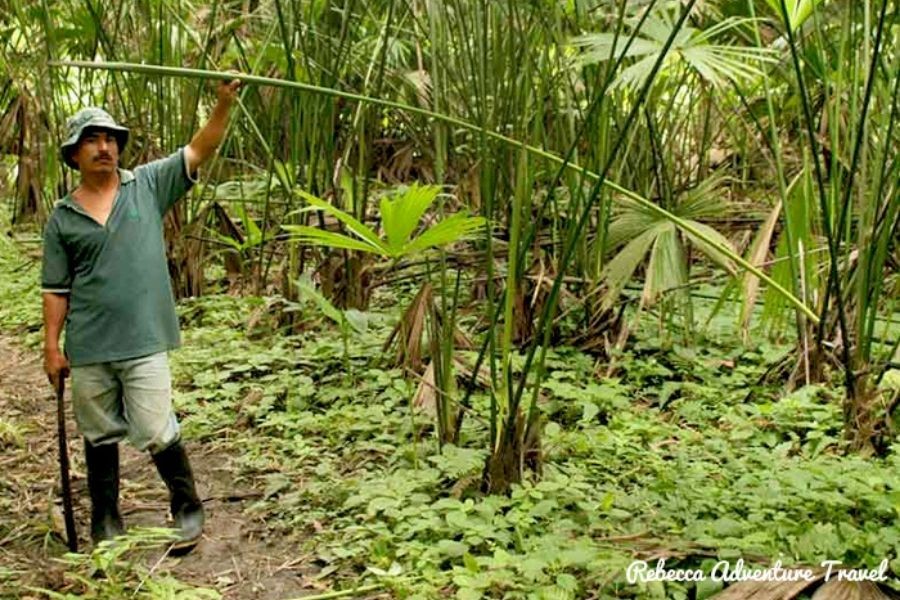 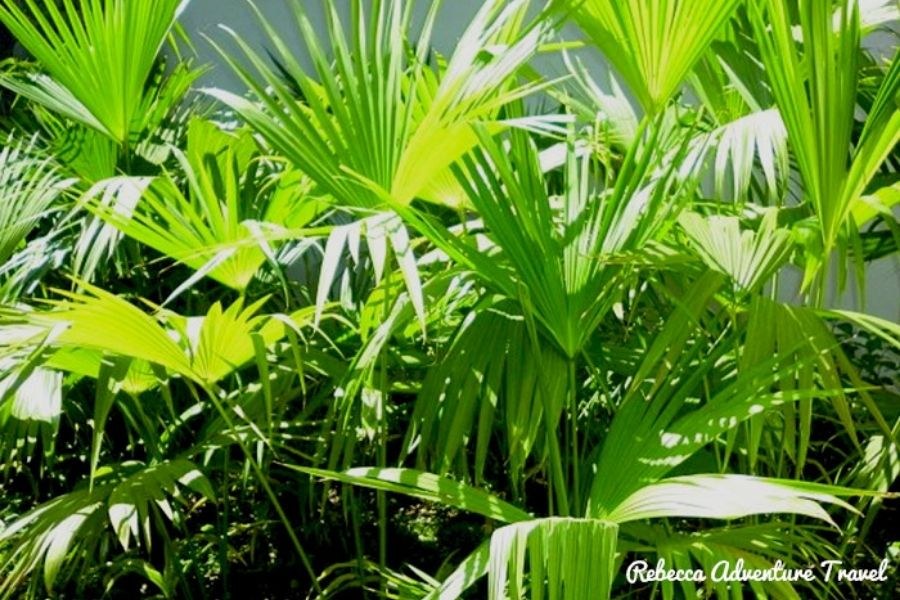 The leaves are about a meter wide, and these are used as straws to manufacture the hat. The straws are cooked for 25 minutes in an aluminum pot and stirred with two big sticks to keep the stem under the water and to move the straws constantly. After cooking them, the weavers can hang up the straws outside their houses to dry them. The heat of the sun will dry them, but only if it’s not too strong. The straws are left to dry for hours or days, depending on the amount of sun they receive, because this process is what gives the hat a creamy color. Once the straws are completely dry, weavers can start the assembly of the hat. To start the weaving process, weavers choose the straws that will be handled, according to color, length, and quality. The weaving begins with the creation of a small cross of four pairs of straws. These are interwoven in the fingers of the weaver and gradually expanded. With the addition of more straws, the weaver creates the “plantilla”, which is the top of the crown. Next, to weave the rest of the craft, the hat is placed over a wood or aluminum mold and warmed up with steam or fire. 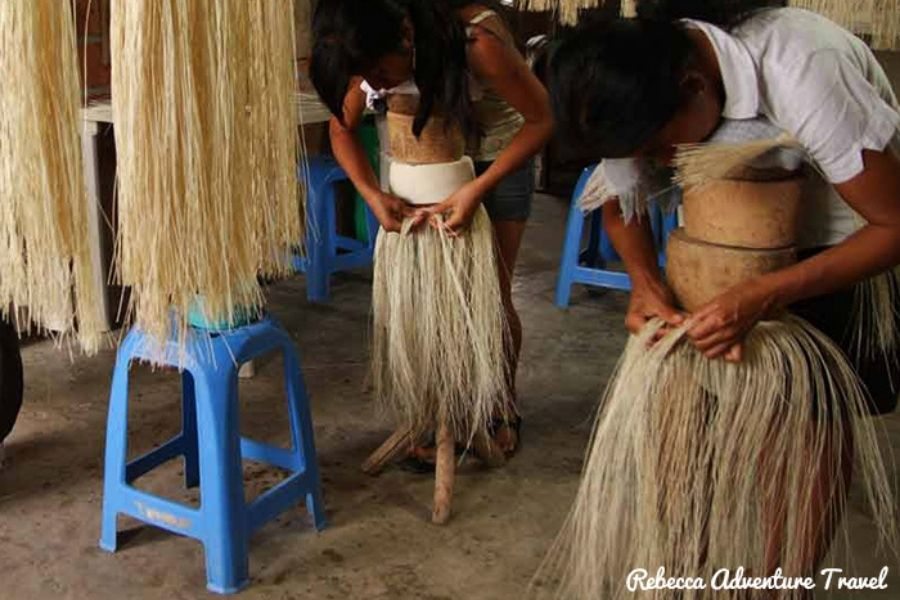 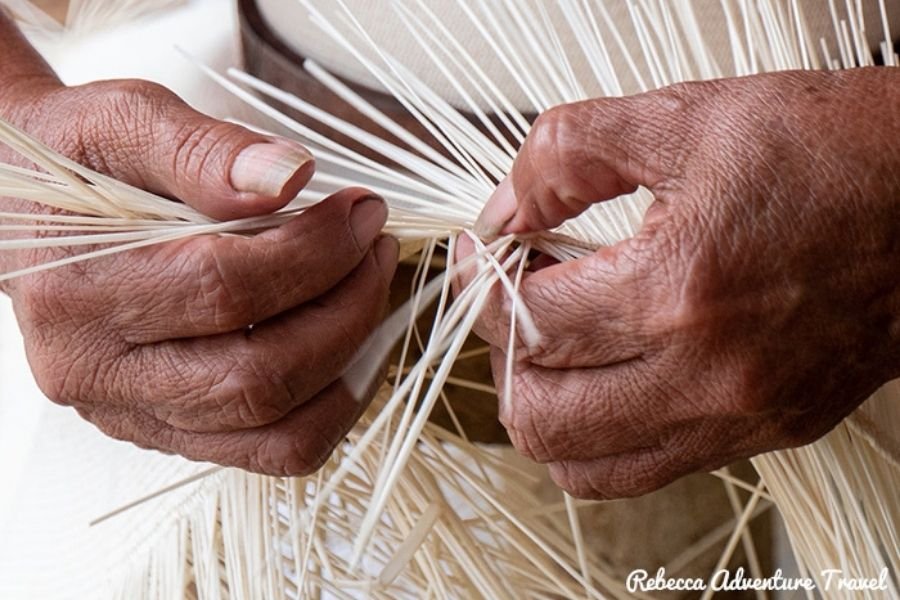 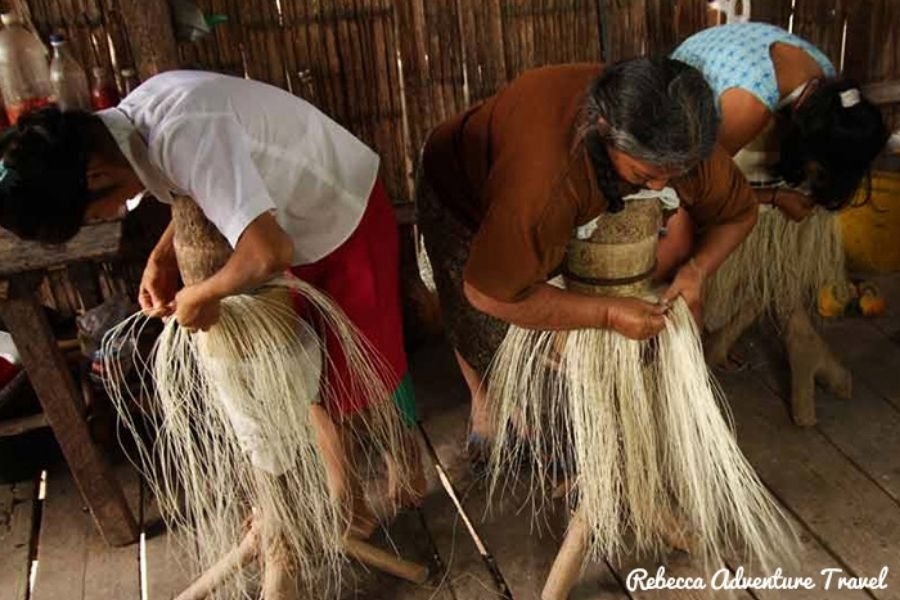 The weaver bends over and places his chest on top of the block. That way, he can continue the process all the way down over the wooden form, for weaving the hat around the edges and tightening them well for the final step: the final stitch of the hat also called “remate” in Spanish. First, it is soaked, so the straws can be softer, and then the edges are also weaved, which is called “tejido de vuelta“. The artisan must reinforce and tighten the edges so the hat doesn’t fray. 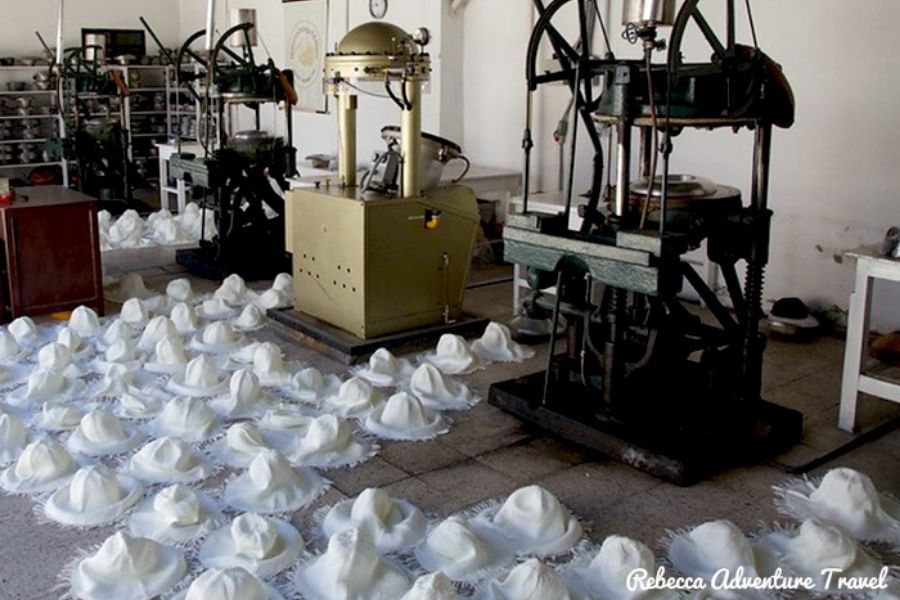 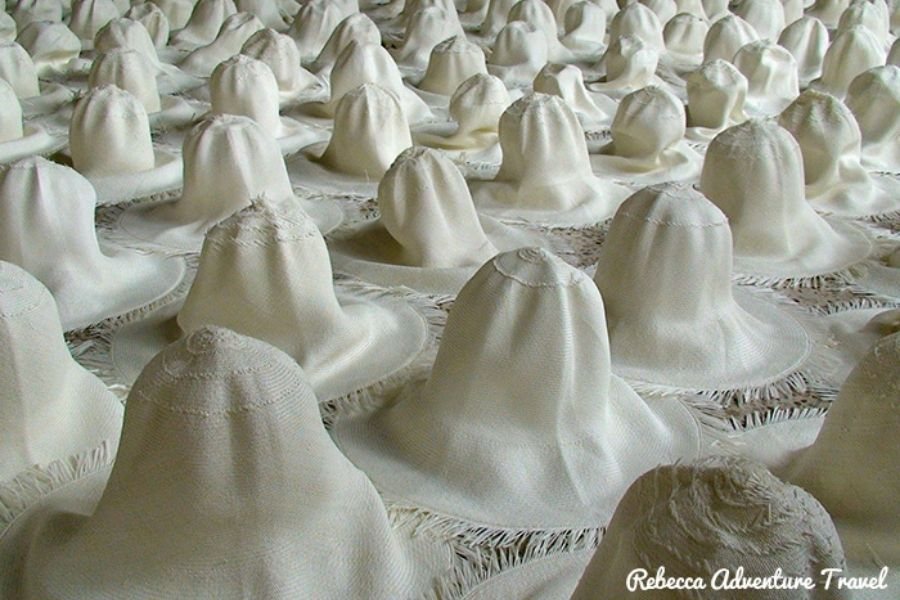 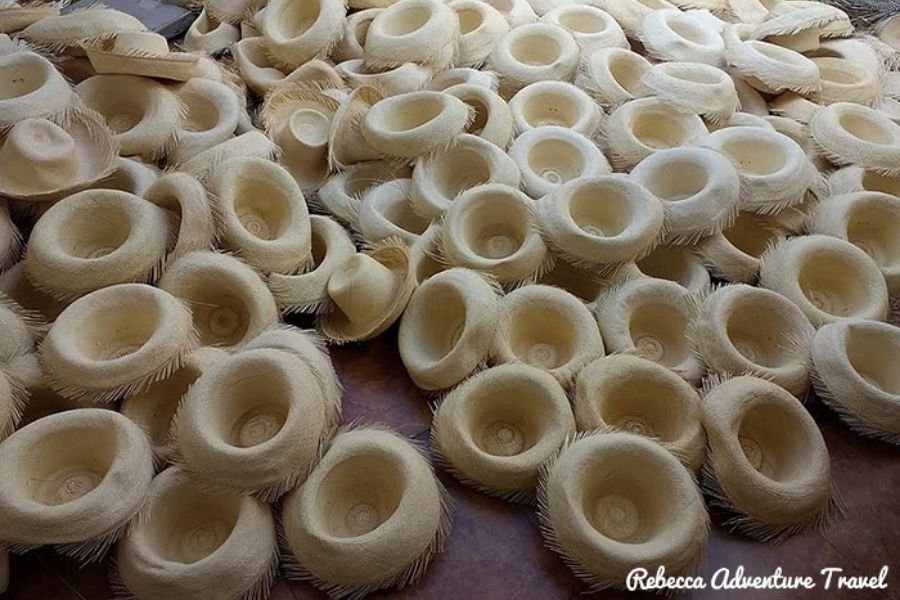 There is a final tightening that the “azocador” or tightener needs to do. He will press the weaves three more times, so the cutter can trim off the loose ends. After all this process, the hat is ready to be washed and whitened. It is placed in a big barrel covered with fabrics and sulfur, leaving it an entire night. The final step is made by the “apaleador” or beater, whose job is to hold the hat, keeping it still so it keeps its form. He will continue to weave the hat around the edges, bending the edge down over the wooden form. 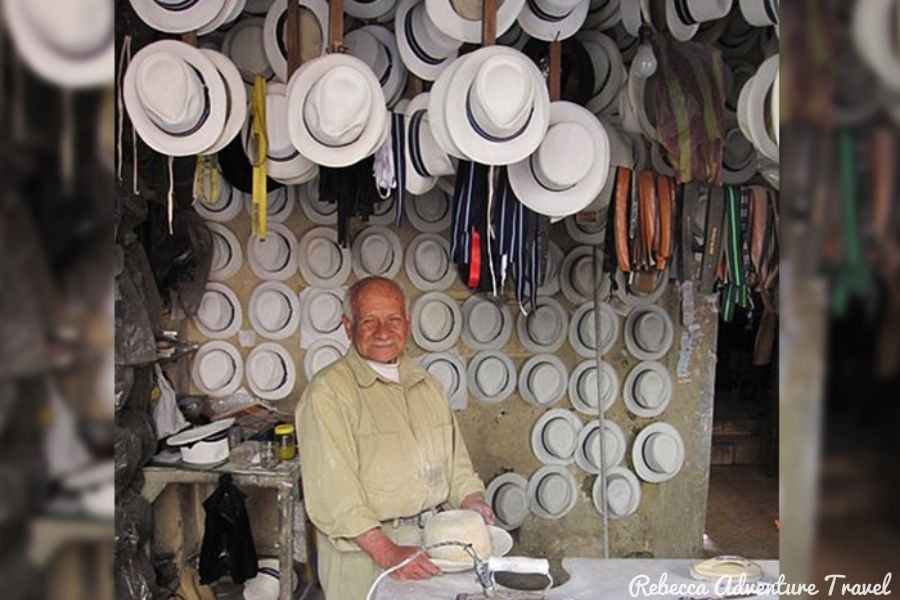 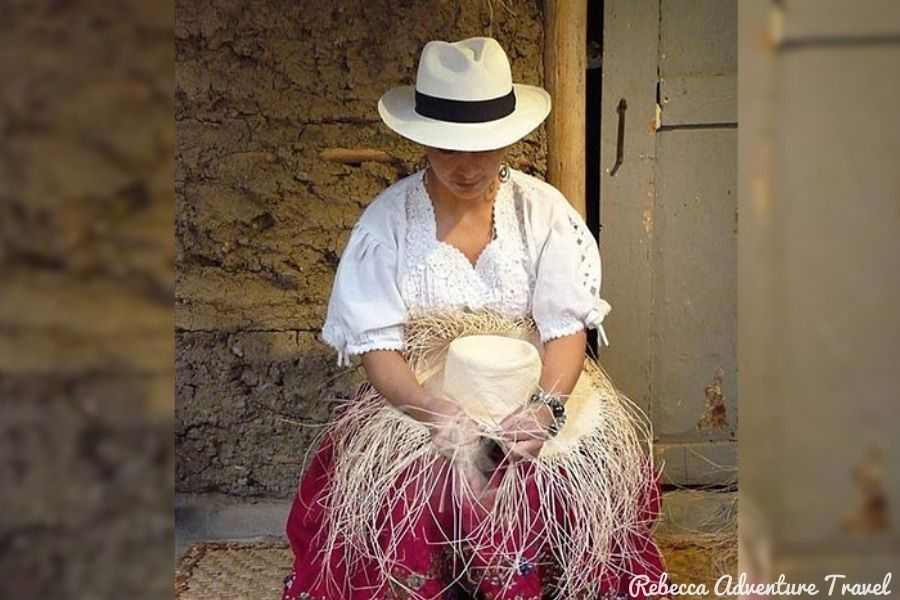 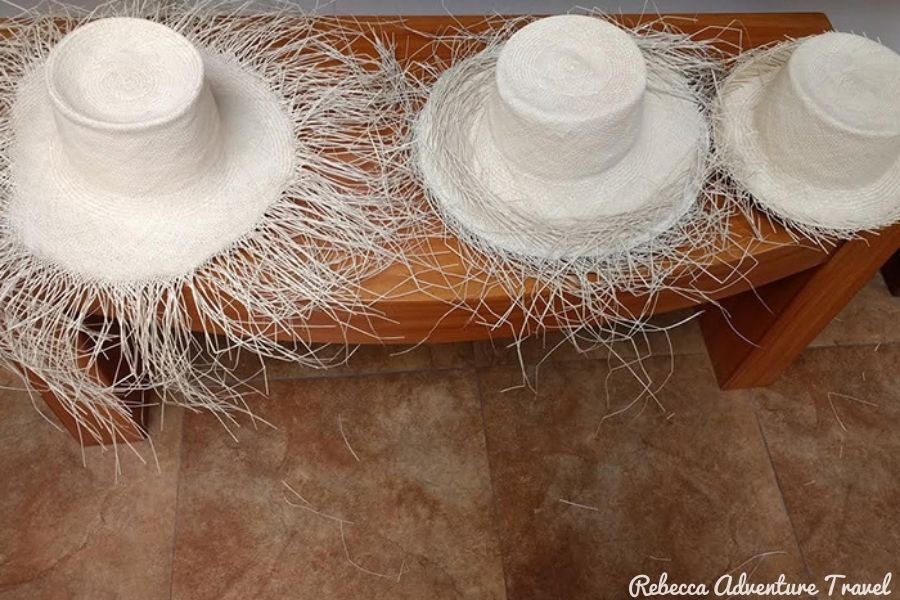 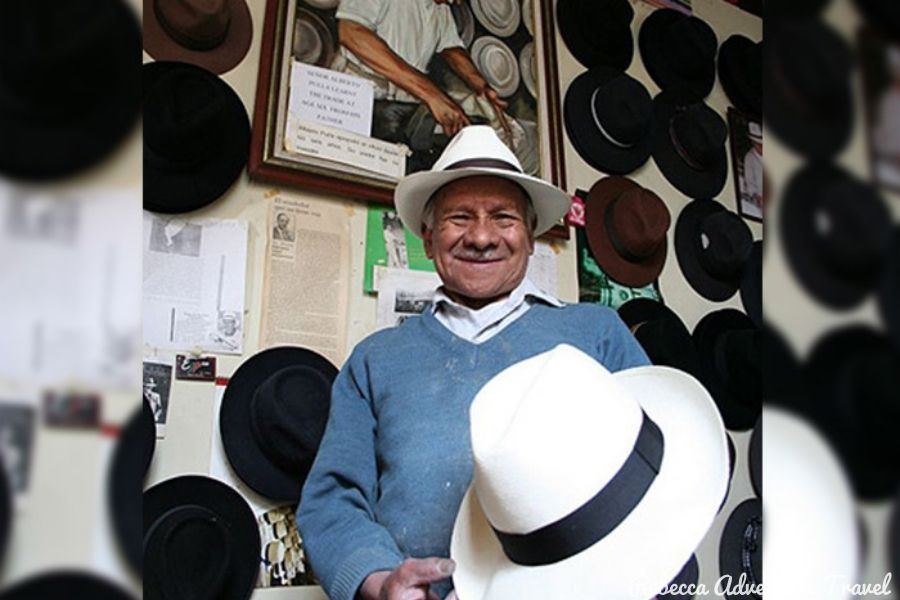 Humble, but not ordinary

Yes, indeed, these are a lot of steps, but obviously for a good reason. The traditional art of hand-weaving “toquilla” hat has been passed down for generations. In fact, on December 5, 2012, UNESCO declared this Ecuadorian Art of weaving an original Panama Hat as an Intangible Cultural Heritage. According to the National Institute of Cultural Heritage of Ecuador (Instituto Nacional de Patrimonio Cultural de Ecuador), this art is millenary, and the oldest version of the creation of this craft is attributed to the coastal region of Ecuador. 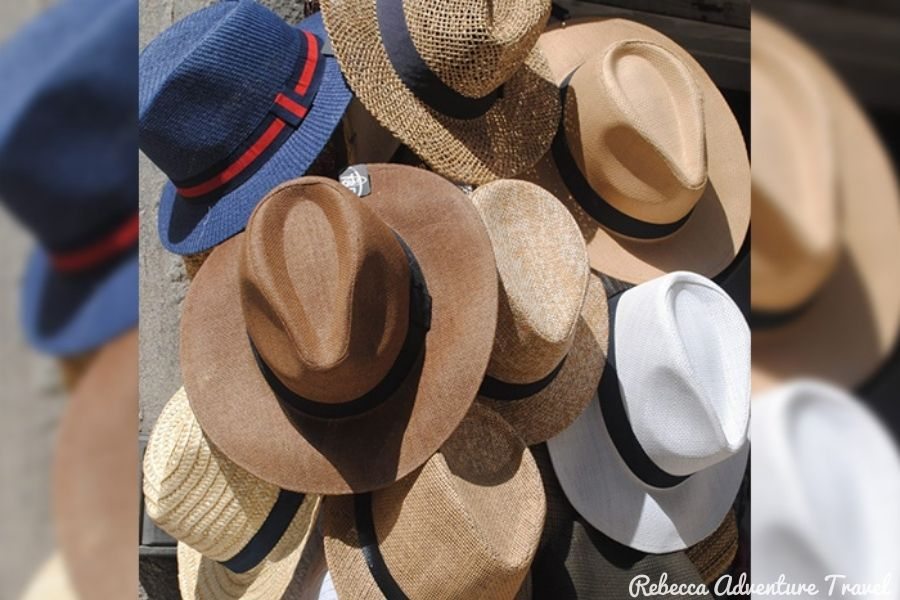 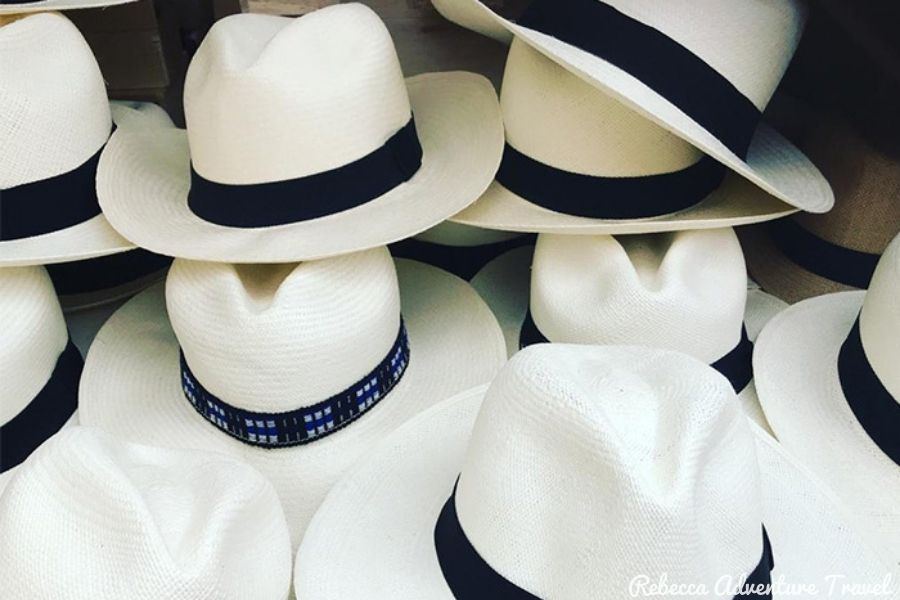 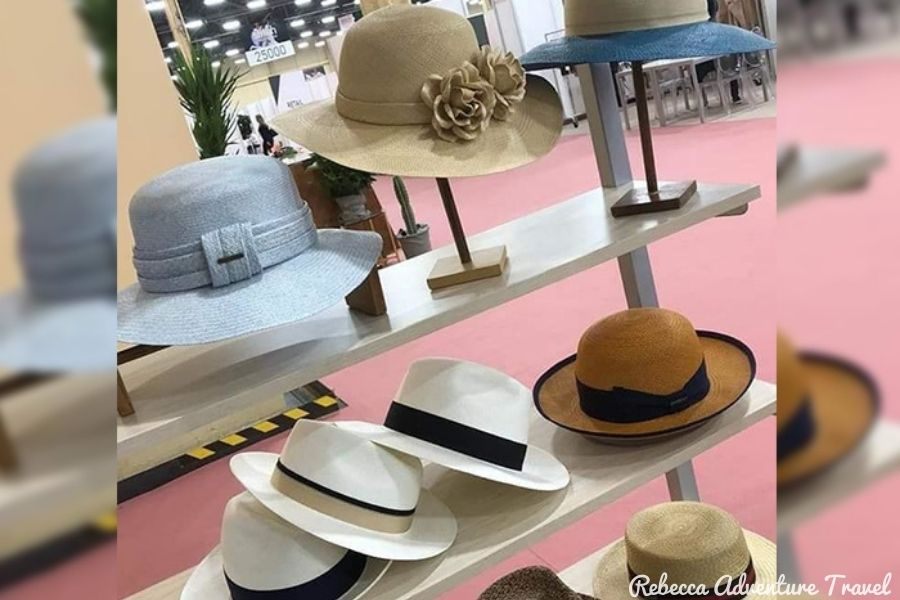 This is the humble hat that became recognized around the entire world. The Ecuadorian-Crafted Hat is no ordinary hat, it’s not made by a machine, it’s made by artists, each of them with a unique role. All the steps are so specific and with so much detail. Since the beginning, it was used by poor and humble people, but nowadays, it has become one of the most elegant and expensive pieces of clothing; being used all the way through Gabriel García Márquez to Theodore Roosevelt, and even you, if you decide to buy one of course. You can buy the Panama hat and similar products at EcuaFina.

The weaving of the Panama Hat

See below the traditional process of weaving an Ecuadorian Toquilla Straw Hat. Video from UNESCO.