Hi! I’m a Destination Expert, and I would like to take you through one of the most amazing regions on Earth, and one of my personal favorites, the Amazon Rainforest! Where is it? Wich places does it cover? How can you get there? Let’s find out!

The Amazon rainforest spreads out into Bolivia, Brazil, Colombia, Ecuador, French Guiana, Guyana, Peru, Suriname, and Venezuela. Yet, of all of these, Brazil and Peru have long reigned supreme in popularity with intrepid Amazon explorers.

The Amazon develops around the Amazon River and its river basin. High temperatures favor the development of dense and lush vegetation, always green. The title of the Lung of the Planet held by the Amazon is no coincidence since it maintains a climate balance: the income and outflows of CO2 and O2 are balanced.

Now, this time I’d like to talk a little deeper about the differences and similarities between the Amazon region in Colombia, Ecuador, and Peru. Let’s start with Colombia, shall we?

Colombia’s Amazon region makes up a vast percentage of the country. Almost a third of Colombia is made up of jungle regions, and the south of Colombia is crisscrossed by some of the most important rivers of the Amazonia: Putumayo, Caqueta, Orinoco, Apaporis, and, of course, the mighty Amazonas itself. Most of the travelers that want to explore the Colombian Amazon are interested in visiting Leticia. Leticia, the triple-border city on the frontier of Colombia, Peru, and Brazil, is generally acknowledged as the Amazon tourism destination in Colombia. However, there are also other regions that are incredibly beautiful, but not as famous, so let’s dig a little deeper:

The easy-going town of Leticia, undoubtedly the most laid-back town on the Amazon, makes a great base from which to explore the forest, and also to make excursions up the river where the eco-village of Puerto Nariño provides a model for sustainable living. Many of the local residents here belong to Indigenous peoples such as the Ticunas, the Yaguas, and the Cocanas, and deep in the forest, you can still meet indigenous people living a hunter-gatherer lifestyle that hasn’t changed for generations. 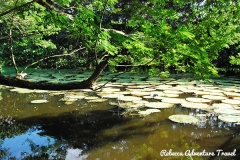 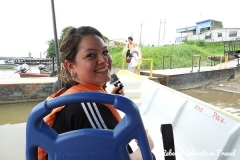 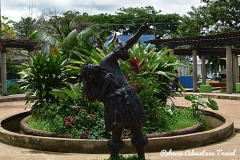 Two hours upriver from Leticia, Puerto Nariño is an eco-friendly village, home to members of local indigenous groups. Calm and peaceful, it’s the perfect base to experience the natural wonders of the Amazon.

Nearby, Tarapoto Lake is excellent for swimming with pink dolphins, and a great place for piranha fishing. Close to Puerto Nariño is also one of Colombia’s largest National Parks, Amacayacu. Home to hundreds of Amazon species, it’s an ideal place to observe a variety of wildlife in its natural habitat. There are also “undiscovered” regions of the Colombian Amazon. The majority of Amazon basin tourism is focused around Leticia, due to its safety. However, there are a number of emerging Amazon destinations in other parts of Colombia: 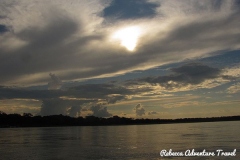 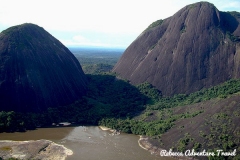 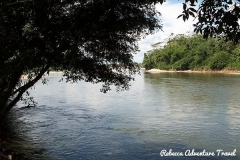 The area of the Amazon Rainforest in Ecuador is just one small part of the extensive rainforest as a whole, but the biggest of all the regions of Ecuador. Not many people know that the Amazon is in Ecuador too, yet despite only filling a ‘tiny’ space in the country with less than 800,000 people living within it, it still makes for a big journey, filled with adrenalin, exploration, and adventure. The Amazon Rainforest in Ecuador is characterized by large areas of tropical forest where trees such as ceibo, sande, and mahogany can easily reach more than 50 meters high. However, there are areas where water replaces the firm ground, rivers suddenly become narrow channels, large and medium-sized lagoons appear, and canoeing is the only way to move between trees and vegetation.

These are the flooded forests of the Amazon, of which a good part is protected within this large reserve, and not to mention that it is home to one of the most biodiverse places on earth: The Yasuni National Park, and several other national reserves such as the magical Cuyabeno, and Napo. Here you can find a little bit more details of each one of the previously mentioned areas:

The 2.7 million hectares of the Yasuni Biosphere Reserve, designated as a biosphere reserve by UNESCO in 1989, is one of the planet’s richest biodiversity sites, and also one of the last immaculate and continuous tropical forest sites in eastern Ecuador. The Yasuni Reserve is strategically located at the intersection of the Amazon, the Andes, and the equator. Yasuni is also known for its exceptional cultural value. It is home to the last representatives of the Waorani ethnic group and two other groups in voluntary isolation, in favor of those who declared the Tagaeri-Taromenane intangible zone of 800,000 hectares. This landscape is also home to the Kichwa, Shuar, and non-native settlers communities. 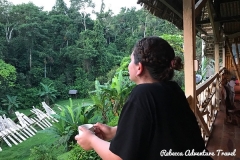 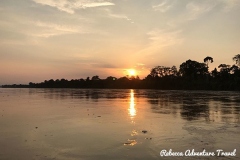 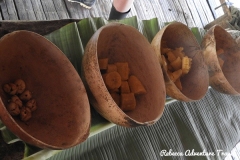 If what you are looking for is to venture into exotic flora and fauna in places where you can admire the wonders of nature, the Cuyabeno Wildlife Reserve must be on your destination agenda. Located in the province of Sucumbíos, northeast of Ecuador, this place comprises an area is 590 112 hectares, inhabit more than 550 different species of birds, 60 species of orchids, more than 350 species of fish, 10 monkey species, and a large variety of reptiles, such as anacondas, alligators and river turtles.

Likewise, there are 12,000 species of plants found within the reserve, which coexist with mammalian species such as Tapir (Tapirus terrestris). The Cuyabeno is also home to rare species such as the mythical pink river dolphin, and the Hoatzin or eagle of the region, which measures up to 66 centimeters in height and the opening of its wings reaches up to 243 cm in length. The variety of species that this lacustrine system has, composed of 13 lagoons, rivers, a flooded tropical forest, and another semi-flooded, make this territory set a record for the highest levels of biodiversity recorded compared to the world, next to the Park Yasuni National. 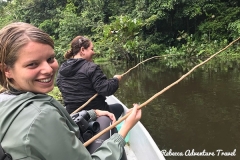 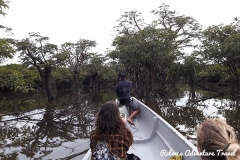 The Amazonian province of Napo is highlighted by its infinite biodiversity and is the perfect setting to discover, learn and enjoy the culture, nature, and adventure that inhabits Ecuador. Lovers of nature should know that Napo is a reference in Ecuador for bird watching. The extensive vegetation of the province is perfect to contemplate. You will fall in love with the wonders that the country of the four worlds offers. The paths through the primary and secondary forest allow us to observe giant trees, medicinal plants, and a great variety of fauna, such as monkeys, birds, and other wildlife species. Hollín, Pimpilala, Latas, and Yanayacu have excellent waterfalls and form beautiful natural pools and landscapes that will make your visit to this destination an unforgettable memory. 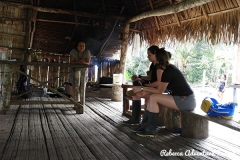 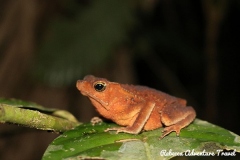 Containing the second-highest amount of Amazon Rainforest after Brazil, the Peruvian rainforest is one of the best regions of Amazonia to visit. There are two main gateways for the Peruvian Amazon, which are Iquitos, a port of the Amazon River in Peru’s north, and Puerto Maldonado in the south. Puerto Maldonado provides access to the incredible Tambopata National Reserve and Manu lowlands.

The southern Peruvian Amazon, from Puerto Maldonado, offers more clay licks than anywhere in South America. Enjoy visiting the licks to see hundreds of colorful birds. The parrots visit the areas to eat clay, which is thought to provide essential salts and help neutralize toxins found in the birds’ diet of unripe fruits and seeds.

In addition to the clay licks, within the Peruvian Amazon, you can find beautiful lakes, home to lake-living wildlife. Some of these are even home to endangered giant river otters. Peru has around 15% of its land area protected, placing different areas under various categories of protection. Found in southern Peru, near the gateway jungle town of Puerto Maldonado, the Tambopata National Reserve offers a fantastic area of Amazonia to visit. Protecting 274,690 hectares, the reserve includes the forest fed by the Tambopata and Heath River. Because Tambopata is so close to the gateway jungle town of Puerto Maldonado, this is often the best choice for a short 2 or 3-day rainforest tour. This is because you can be in areas of high diversity after only 30 minutes of travel time.

The reserve offers continual forest with other protected areas, including the Madidi National Park and Bahuaja Sonene National Park. This allows wildlife to move freely in a vast area of protected tropical forest. On guided tours, you will enjoy an abundance of tropical birds, several different monkeys, tall emergent trees, and many different flowers. There are also many clay licks where you can watch colorful parrots. Our recommendations are the Tambopata Research Center for deep jungle adventures and the best wildlife watching opportunities, Posada Amazonas for giant river otters, and the Refugio Amazonas in the Tambopata buffer zone. Located around 150 km from Iquitos, a port city of the Amazon River in northern Peru, you can find the Tamshiyacu Tahuayo Reserve. The reserve was founded for local initiatives and also to protect the range of the rare red uakari monkeys. These monkeys have red fur and bald head and live in the middle of the Tamshiyacu Tahuayo area. The Tamshiyacu Tahuayo Reserve contains both flooded and non-flooded forests with many different emergent trees, bromeliads, and orchids. There are many other monkeys that live in the reserve. You might be able to spot howler monkeys, capuchins, tamarins, pygmy marmosets, titis, and saki monkeys as well. The reserve is also home to an impressive diversity of birds, including hoatzins, oropendolas, macaws, toucans, and colorful cotingas and tanagers. Accessed from Iquitos in Peru’s northern Amazon, the Pacaya Samiria National Reserve is one of the largest of Peru’s protected areas. This is a mostly flooded area of the Amazon Rainforest, best experienced on a rainforest cruise. Protecting just over 2 million hectares of tropical forest, within the Pacaya Samiria Reserve, you can find an incredible diversity of animals and plants.

The affluents here are often blackened by nutrient-rich waters. This causes the water to perfectly reflect the trees and sky giving the Pacaya Samiria its other name of ‘The Forest of Mirrors.’ In addition to spectacular scenery, you could enjoy watching pink river dolphins, colorful birds, several different monkeys, and tall trees with orchids and bromeliads perched on the branches. Iquitos is a city in the north-eastern region of Peru and is the largest city in the world that cannot be accessed by road. Travel to the city is only possible via flight or riverboat. Iquitos is a living, breathing, bustling, fascinating example of a jungle city, and the city itself is a tourist destination due to the colorful mansions dotted around the city center, which are leftovers from the millionaires that lived here during the rubber boom of the early 20th century.

However, most visitors to Iquitos would be using the city as a transit point for cruises up the Amazon, or for lodge tours to visit the Amazon Jungle in the region surrounding the city. This region is home to some fantastic high-standard lodges. Access to the National Park itself is strictly controlled and is generally restricted to the indigenous tribes that live in the region, park rangers that protect the park, and research scientists. Tourism is restricted to both the Reserved Zone and the Cultural Zone which both flank the park and are part of the wider Manu Biosphere Reserve but are not part of the national park itself. When To Visit The Amazon Rainforest

The Amazon Rainforest can be visited all year round. You can hike through high forest areas (largely on the Colombian side of the border) at any time. In low forest areas, which are mostly on the Peruvian side, and the most popular with visitors, you can get around by boat when the river is high enough, and on foot when it isn’t. The ideal time to visit is November to February when you can do a bit of both.

There are also fantastic cruises to enjoy on the Amazon River! You can contact us for more information.