Ecuador has everything for everyone! It has amazing volcanoes, beautiful mountains, the fascinating Amazonia, the fruity Coast, and the magical Galapagos Islands!

Ecuador is a small country in northwestern South America. Despite its size, it is one of the most environmentally diverse countries in the world, and it has contributed notably to the environmental sciences.

The first scientific expedition to measure the circumference of the Earth, led by Charles-Marie de La Condamine of France, was based in Ecuador; and researches in Ecuador by the renowned naturalists’ Alexander von Humboldt of Prussia and Charles Darwin of England helped establish basic theories of modern geography, ecology, and evolutionary biology.

Ecuador also has a rich cultural heritage. Much of what is now Ecuador, came to be included in the Inca empire, the largest political unit of pre-Columbian America.

Economically, Ecuador became known for exporting Panama hats (straw hats so named because they were shipped to Panama in the mid-18th century, and bought by traveling gold seekers, and also because they were worn by Panama Canal work crews in the early 19th century) and agricultural products, notably cacao (the source of cocoa beans), bananas, and flowers. It is a major exporter of petroleum and an increasingly important tourist destination.

Ecuador is unusual among Latin American countries in having two major centers of population and commerce, the vibrant port city of Guayaquil acting as a counterbalance to the capital, Quito, located in the Andean highlands in the north-central part of the country.

Here are 10 reasons why Ecuador is the perfect destination:

The country is officially divided into four geographic regions:

Ecuador has everything for every taste, age, and level of adventure. 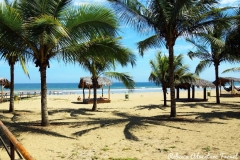 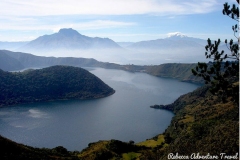 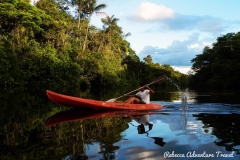 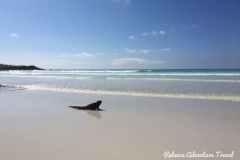 2. Everything is just around the corner

It is not even an exaggeration. One of the greatest pluses of Ecuador is its size, and that makes everything close. You can be immersed in the breathtaking mountains of Ecuador, drive for a couple of hours, and already be entering the exuberant Amazonia.

Ecuador’s people are as diverse as the country’s geography. Ecuador has a multi-ethnic population that reflects a unique blend of different cultures, from traditionally dressed mountain peoples, and Afro-Ecuadorians from the coast, to the tribal peoples of the Amazonian rain forest.

But what you will always find, no matter the location or region you visit, it’s the people’s warmness, their heart, and their love for this country which is what makes this a unique destination.

The country where everyone is a “pana” – term for friend. Where you are always welcomed with a smile and kindness. Ecuador’s local currency is the American Dollar, which makes it perfect for international travelers to get acquainted with the local coin.

In Ecuador, food is an integral part of the culture. No matter where you are from, traveling to Ecuador is an exhilarating experience. There are beautiful sights to see, fascinating traditions to observe, and most importantly, delicious food to taste. However, Ecuador isn’t as popular of a tourist destination as many other South American countries. But why is that? Ecuador is a country rich in culture, food, and adventures. What many don’t realize is just how diverse of a country Ecuador truly is.

In regards to gastronomy, popular dishes- and how they are prepared- vary from region to region. However, no matter where you are in Ecuador, the food is always rich and full of flavor. 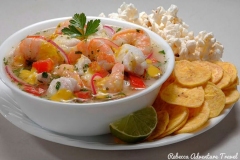 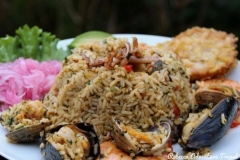 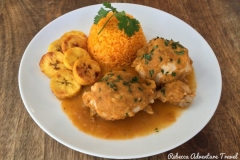 Ecuador is considered one of the most biodiverse countries in the world due to the high diversity of its natural species. The country has around 23.056 taxonomic species of animals and plants reported, which constitutes the 6,1% of all species reported worldwide.

This biodiversity richness is determined by its geographical, atmospheric and climatic location, which represent an important economic and commercial source, especially for the communities living and relying on this means. Tropical ecosystems are the most biodiverse on earth, and Ecuador exemplifies this diversity. Roughly 8% of amphibian species, 5% of reptile species, 8% of mammal species, and 16% of bird species in the world are found in this diminutive country, which comprises only 0.2% of the world’s land area.

Visitors can find 140 species of hummingbirds in Ecuador. Indeed, for most groups of organisms, Ecuador is home to more species than all of the United States and Canada.

The Galapagos Islands are a worldwide unique evolutionary location. Since the archipelago has never been connected to the mainland and was discovered very late, a truly unique and fascinating diversity has developed here, which you find in no other place on earth. Examples are the impressive Galápagos tortoises, penguins, blue-footed boobies, Darwin’s finches, and marine iguanas.

The islands, which once evolved from the remains of a volcano, became a refuge for rare species. The first settlers brought their own plants and animals to the islands, which threatened to upset the sensitive balance.

Nowadays, Galapagos’ outstanding nature and diversity are world-famous. About 97 percent of its land area, as well as 99 percent of the surrounding bodies of water, are protected. 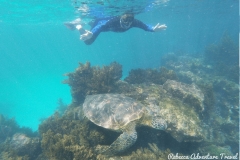 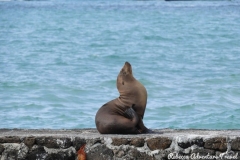 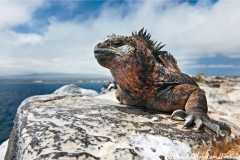 Although Ecuador is vastly known for its biodiversity, this country is also home to other cultural and historical sites. Due to this unique mixture of remarkable locations, Ecuador has 5 UNESCO World Heritage Sites:

City of Quito: Quito proudly possesses one of the most extensive and best-preserved historic centers of Spanish America.

Historic Centre of “Santa Ana de los Ríos de Cuenca”: The Historic Centre of Cuenca is a remarkable example of a planned inland Spanish town that bears witness to the interest given to the principles of Renaissance urban planning in the Americas.

Galapagos Islands: This archipelago and its immense marine reserve are known as the unique ‘living museum and showcase of evolution’.

Sangay National Park: With its outstanding natural beauty and two active volcanoes, the Sangay National Park illustrates within its 270,000 hectares. These include glacial and volcanic ecosystems, cloud forests, Amazon rainforest, wetlands, lakes, fragile moorlands (páramos), and grasslands of the highlands.

9. Three Middles of The World

Ecuador is the only country in the world that can say has at least 3 “middle of the world” points.

1. Calacalí: 30 minutes away from Quito, you can find Calacalí. You will enter a small, nondescript hamlet and be stopped at its small town square. “Welcome to Calacalí,” it says. “This is the real Equator monument.” This might have marked the middle of the world a century ago, but according to modern calculations, standing on a line 164.9 meters south is the true Equator line.

2. Cerro Catequilla: Catequilla is a ceremonial point of pre-Inca origin (Caranqui or Quit-Cara), whose archaeological remains would attest to this, is already considered a cultural heritage of the nation. Nowadays, with possession of GPS technology and other tools, the true latitude zero degrees, zero minutes, zero seconds is set at the top of Mount Catequilla.

3. Mitad del Mundo: This is a mini-theme park completed with gardens, restaurants, and a huge, 30-meter-tall monument. The latitude of La Mitad del Mundo monument is 0°00’08”, placing it about 250 meters south of the equator.

Being such a rich country, with so much to offer, it is a great destination for every kind of traveler. For the adventurous: zip-lining or rafting; for the kids: tubing, and biking; for the more luxurious kind of traveler, they can relax, have a massage, and a cup of wine while admiring the beautiful cloud forest. When you choose Rebecca Adventure Travel as your local travel company, you have the commitment of our qualified team, which will assure you will have the trip of a lifetime in Ecuador!